Foundation ‘Turncoat’ 12″ are up at jawkrecords.bigcartel.com. The Red/Blue and the Green version were gone in flash but we still have the Coke Bottle Clear availalbe.

After five years of meticulous effort, Atlanta’s very own Foundation return with “Turncoat” a twelve inch E.P. that is comprised of five songs, all in the blistering, moody, and unrelenting vein of the Foundation tradition. This may be their finest output yet, and a definite high note to bow out on, brought to you by reactivated hardcore label Jawk Records. Featuring guest vocals by Anderson Bradshaw from The Promise & Another Victim and Mike DC from Damnation A.D. and recorded by Andy Nelson (Weekend Nachos / Harms Way) at Bricktop Studios in Chicago. Grab a copy of Turncoat and catch them on their final string of shows, before it’s all over. 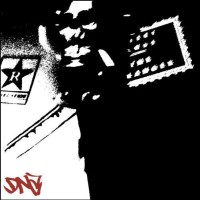